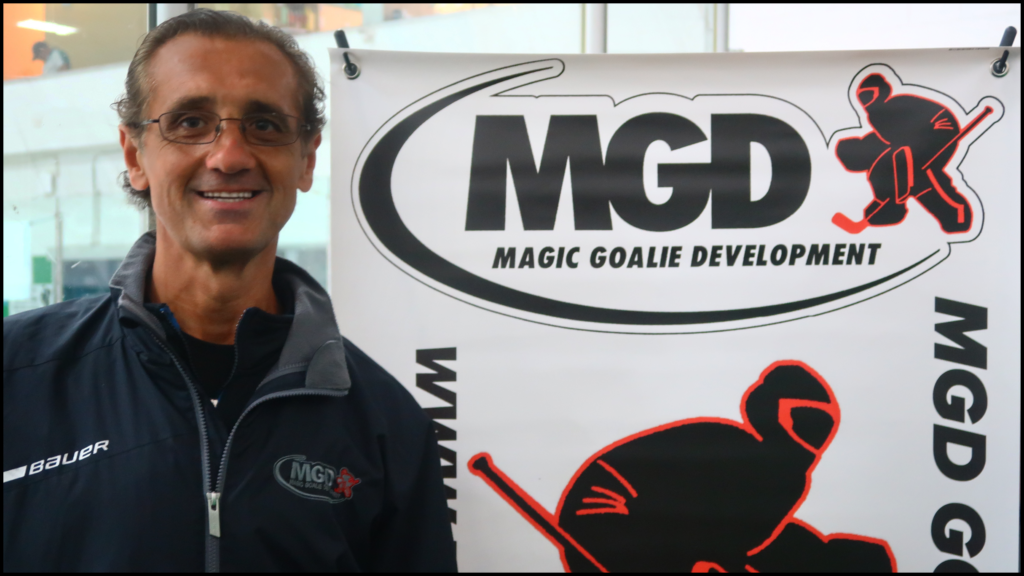 Angelo has been a goalie coach and consultant for many seasons. He has instructed Junior and Minor hockey goaltenders in Italy, and across Canada. He is currently the head goaltending consultant at Semi Minor Hockey Association and has been in this position with other Minor Hockey programs in the past. Angelo has been running Magic Hockey and MGD for over 15 years. 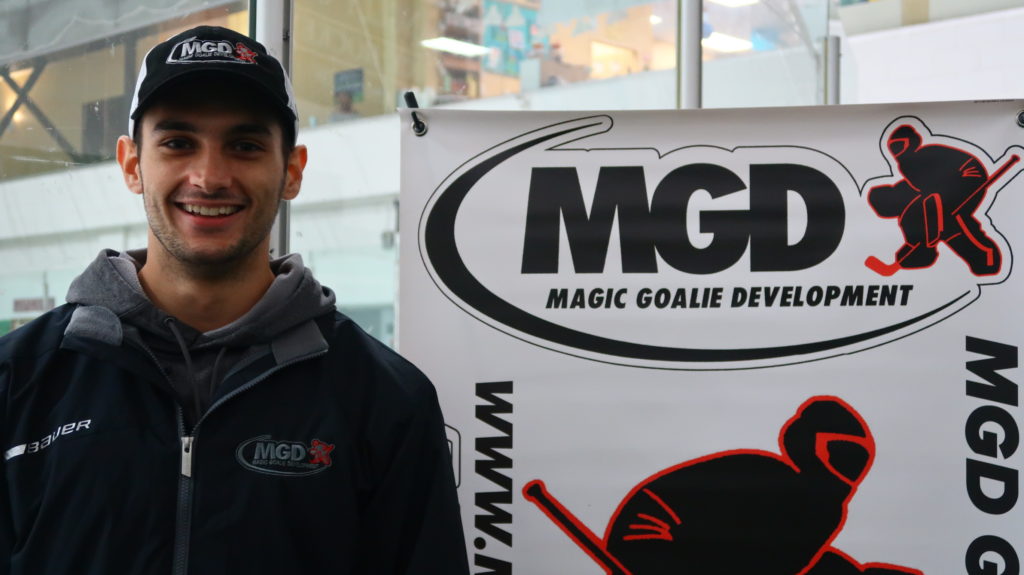 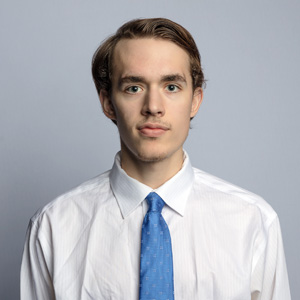 Michael  became a student with MGD during his Minor Hockey years playing on the Sunshine Coast.  He then relocated to play in the early years of the CSSHL with the U17 & U18  teams for 3 seasons and then 4 season with Jr B & Jr A teams in BC and Ontario. Michael was then recruited by SFU (BCIHL) playing 4 seasons while earning his degree (2022) where he was BCIHL Top Goaltender, First All-Star Team and BCIHL League Champions.  During his time back in BC in the off season, he started instructing with MGD at with our summer programs and then while at SFU became one of our regular instructors with our Minor Hockey programs and at our location in Langley as a part of our regular training staff. 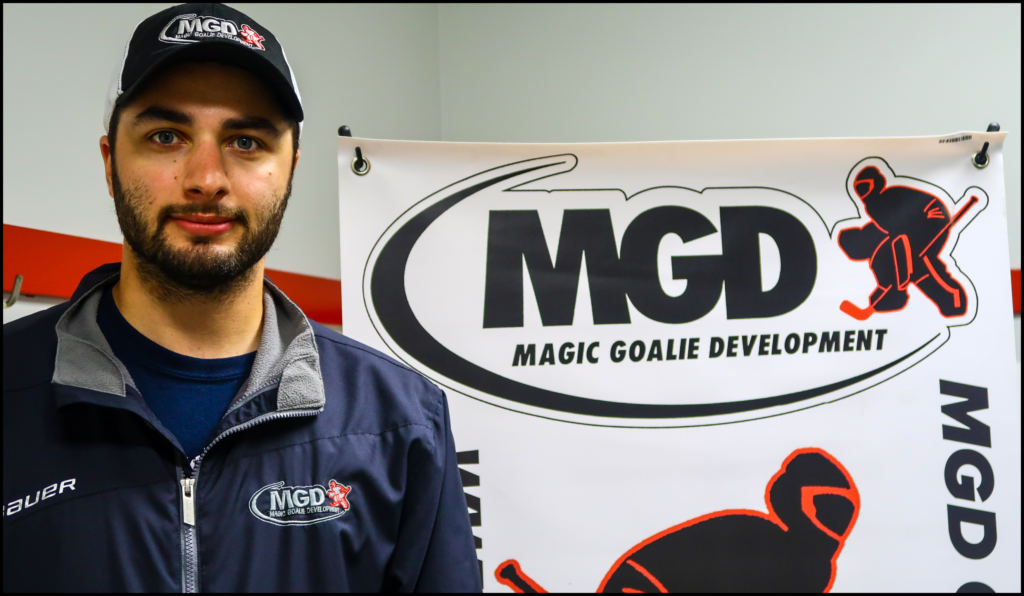 Lukas has been a part of the Magic team for the past 15 years. Lukas is currently the goalie coach for the North Van Wolfpack Junior B team in the PJHL. Last season, Lukas was also the goalie coach for the Langley Riverman Junior A team of the BCHL. Lukas enjoys working with young goaltenders and explaining and breaking down the various techniques goalie need to know to improve.  He has great communication skills, and both challenges, and motivates each student so they can reach their goals. 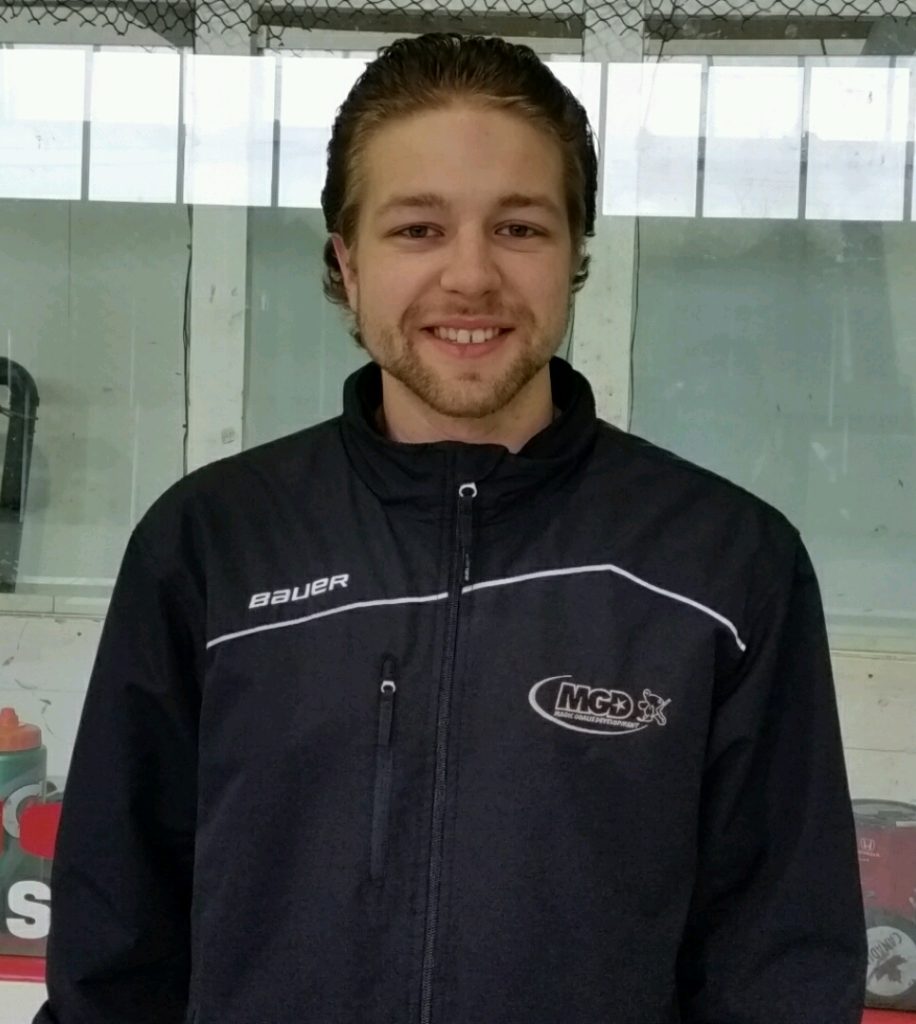 Brighton has been a part of the Magic team for the past 15 years. He was also a pro Inline Hockey goalie in France and won Bronze for Team Canada at the Junior Men’s World Championship. Brighton has excelled at teaching goalies of all levels and abilities. He currently consults for many minor hockey associations in the Lower Mainland. He is very well-liked as a coach because he knows how to communicate to goalies and get the best out of them.

MGD has developed a strong Mentorship Program and is proud to develop goalie instructors of the future.  We offer opportunities for current students, past students and  those within Minor Hockey programs we work with, to mentor at our camps and clinics under the guidance of our Instructors. These skills and opportunities provide a valuable experience and gain volunteer hours towards their Graduation and future education, as well as giving good qualities while they pursue future hockey or education goals.  Goalies in who are mentors gives them the opportunity to pass their experiences and skills both on and off the ice to rising goalies. 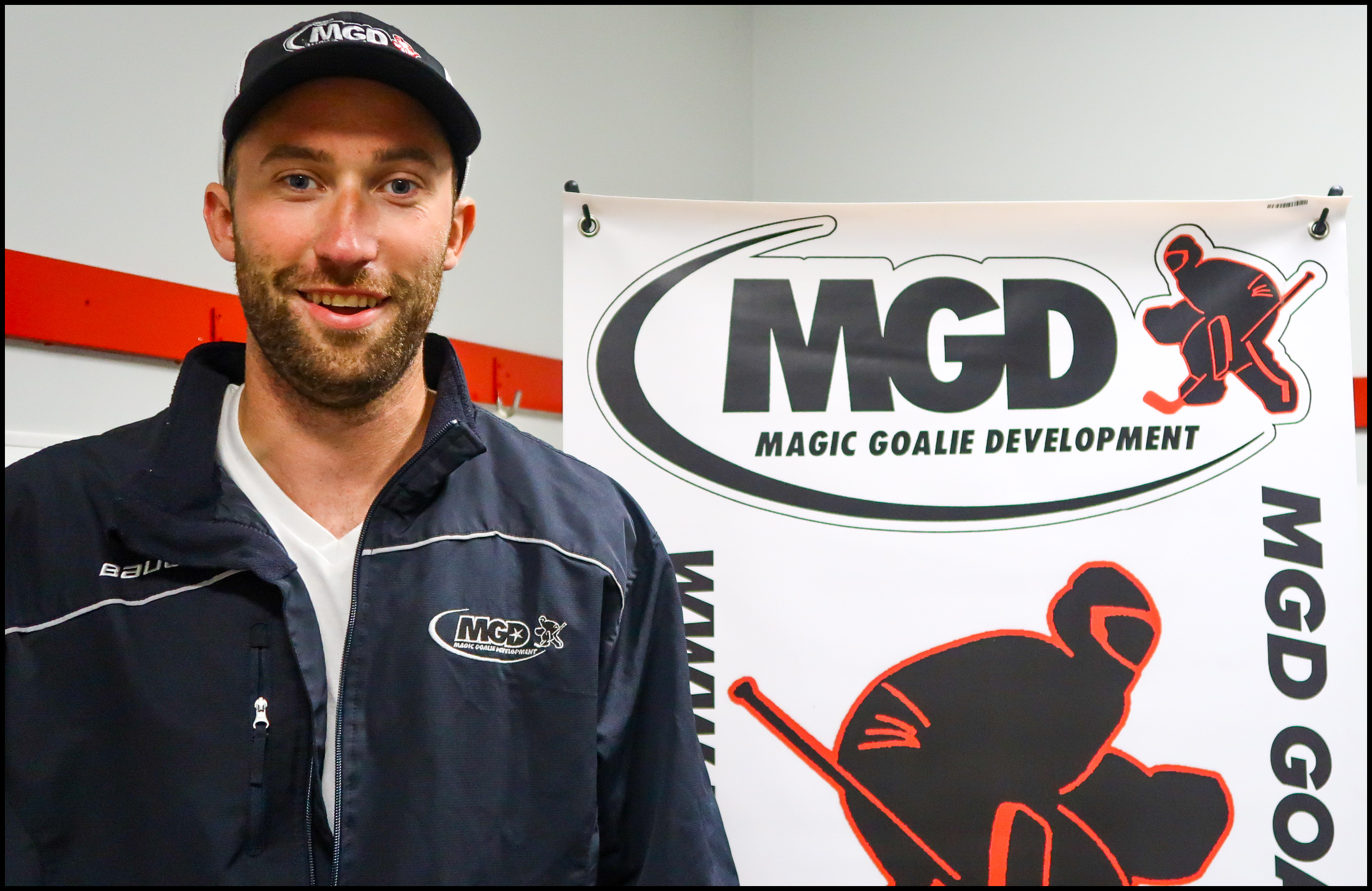